Best Destinations to visit in Malaysia

Malaysia offers a unique travel experience, much different from anywhere else in the world. From the dense urban jungle of Tioman Island to the pristine beaches of the Langkawi, Malaysia is a beautiful and often underrated country. Tourists often limit their trip to its urban centers in and around Kuala Lumpur and miss out the diverse flora and fauna of the country. To fully explore its historical, cultural and natural diversity we would encourage you to visit the some of its non-urban destinations.

Here’s our guide to the best places to visit in Malaysia:

Kedah is a state in Northern Malaysia on the border with Thailand. It is often overshadowed by its more popular neighbor. However, this area offers its own unique charm. Beautiful Malay styled guesthouses located around rice fields are managed by friendly locals of the area; the locals also run food outlets offering delicious traditional dishes. Oldest and one of the biggest mosque in Malaysia, Zahir Mosque, is also located in Kedah. If you are looking for an authentic and rural Malay experience, then this is the place to be. 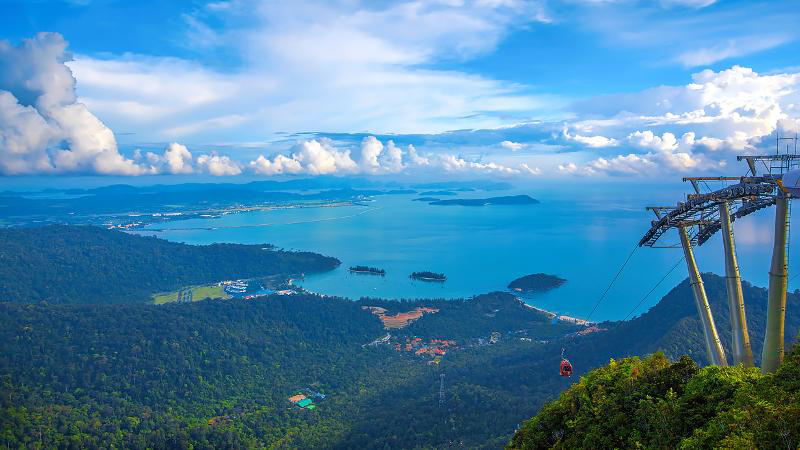 Langkawi is one of the most exotic places in Malaysia, and is at a distance of around 2 hour ferry ride from Kedah. It is one of the more commercialized islands of the country and is famous for being a duty-free shopping spot. Travelling the island is also cheap and for less than $15, you can get on an island hopping trip that will take you to its surrounding islands with turquoise blue water and clean beautiful beaches.

You can go to the Cenang beach where all the good food is or spend your time on the adjacent islands during the day. You can also take a day hike to the Temurun waterfall and hang out with the locals. The cable car is also a fun way to see Langkawi from high above. 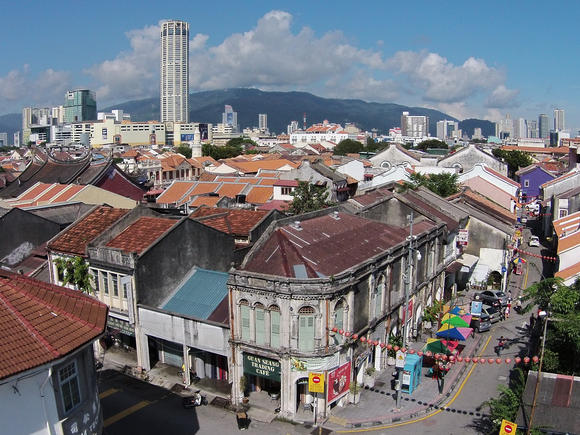 George Town as the name would suggest is a city that was developed under British colonial control but its structures also preserve older Asian influences. The city is endowed with unique multicultural infrastructure and therefore was awarded UNESCO World Heritage Site status.

George Town is also considered food-lovers paradise. There are many appetizing dishes from this area of the country and all of them are offered on the streets of George Town.

Taman Negara is considered to be among the oldest rainforests in the world, its estimated age is around 130 million years old. The abundance and diversity of flora and fauna found here is phenomenal. It is also a wonderful place for adventure sports.

Canopy walking is a famous activity in the jungles of Taman Negara. From 40 meters above the ground level you can enjoy a panoramic view at the rich ecosystem of the area. Jungle Trekking is also widely practiced by visitors, the most popular trail leads to Bukit Teresek where visitors trek under the highly dense rainforest canopy. You can also cruise upstream of river Sungai Tahan. Tourists also enjoy fishing and animal observing activities. 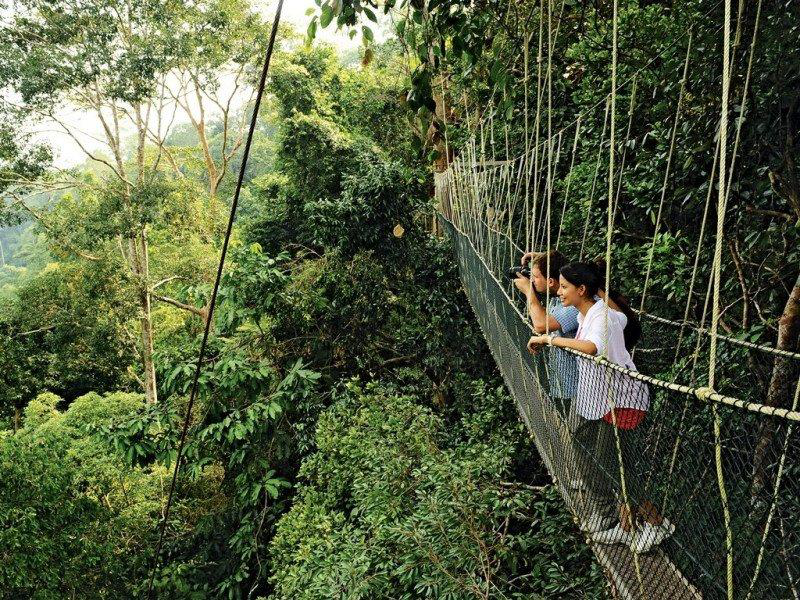 Malacca is another city that is heavily influenced by the colonial times; and offers delicious food. Malacca can be considered a smaller, less urban version of George Town but is worth the visit. Its relatively smaller size makes exploring around on foot or trishaw easy. The city has a rich history and has been ruled in separate times by both Portuguese and Dutch. Malacca offers a merge experience of old and new with historical buildings standing side by side with modern shopping malls. It is also called the unofficial historic capital of Malaysia because it is home to several structures from 16th century Portuguese rule. The famous ones are A’Famosa Fort, Christ Church, The Stadthuys, Melaka Sultanate Palace and many more. 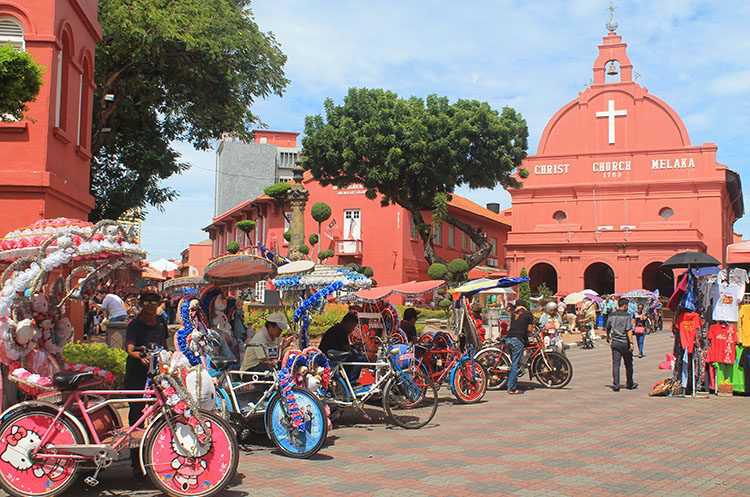 From Malacca, you can take a bus to Mersing Jetty, and hop onto a boat to yet another off the beaten path place – Tioman Island. It is known for its dense jungles, gushing waterfalls, and sparsely populated beaches. The sea surrounding it is well endowed with coral reefs and scuba diving is a famous activity here. You can get a diving license and swim among fish, turtles and colorful corals. 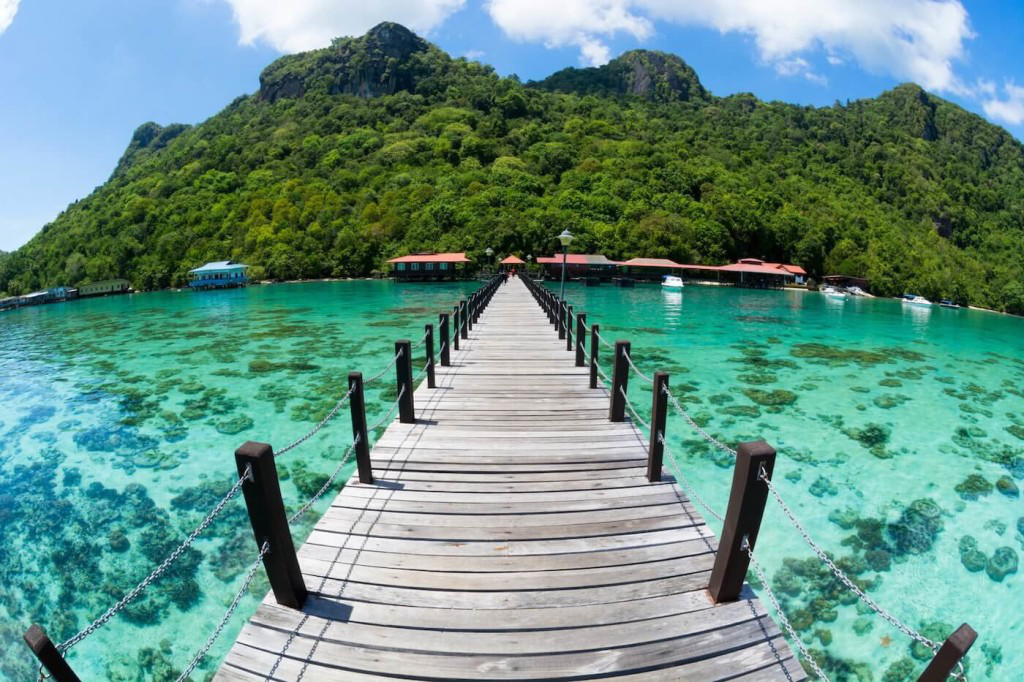