Guyana is a beautiful country located on the northernmost side of South America, facing the Atlantic Ocean. Although its located on the mainland American continent, it is still considered to be a part of the Caribbean region due to its strong historical, cultural and political ties with the other Anglo-Caribbean islands and the larger Caribbean community (CARICOM). 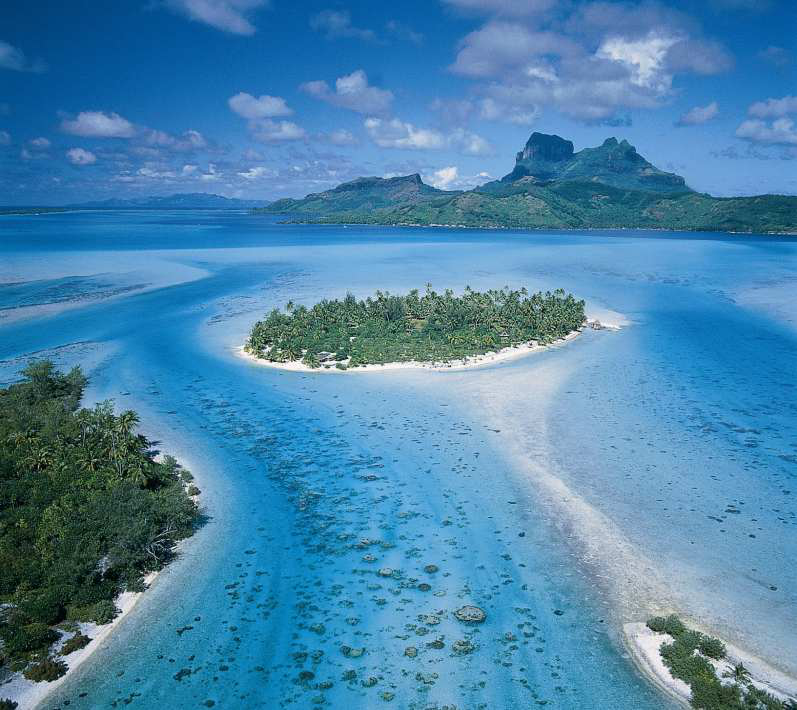 Guyana is the third-smallest country on the continent and the only one which has an English-speaking majority population. And when it comes to visiting the South American or Caribbean region, people generally seem to prioritize other nations such as Brazil, Colombia, Barbados and Trinidad and Tobago.

While it cannot be denied that each of these countries offer a rich tourist experience; Guyana, with far fewer visitors, less than a million inhabitants and an abundance of untapped beauty, offers something the mainstream destinations just cannot match.

With that in mind, we present to you a travel guide to Guyana, the ‘Land of many waters’.

Getting In and Around

Getting into Guyana is pretty easy, and citizens of USA, Australia and many European nations do not even need an entry visa.

The easiest way of accessing the country is by air, and there are regular scheduled flights to the main tourist destinations. Although flights to Guyana are usually a little costly, you can always save money by checking the rates on Find Late Hotel and picking the most affordable flight deals.

Guyana is home to many large rivers, which means that apart from the usual modes of public and private transport, you can also travel on boats. You can enquire about speedboats and ferries from the port village, but always make sure to negotiate prices before you set off as ferrymen have a tendency to quote inflated prices.

Climate and Best Time to Visit

The country experiences an equatorial climate, which means the temperature stays on the higher side throughout the year.

Maximum daytime temperatures average 28 degrees Celsius across the year, and 23 Celsius at night. The coastal belt of the country remains relatively cooler due to the relieving afternoon South American sea breeze from the Atlantic. The temperature in the coastal areas varies from 18 to 33 degree Celsius throughout the year.

The country generally experiences high humidity, which is at its worst during the wet seasons when saturation levels hit above 90 per cent. The rainy season on the coast falls between May and July, and then mid-November to January. The interior experiences heavy rains that last between May and August, with lighter showers falling for a few weeks towards the end of December.

The ideal time to visit will depend on the activities you have in mind, and of course, personal preference. The dry season tends to be hot, while the wetter months are cooler, albeit more humid. Travelling during a rainy season is not the most wonderful thing in the world, unless you’re a fan of boat rides, which (by the way) tends to be magnificent. This is largely thanks to the unbelievably rich natural environment and ecology, as Guyana boasts one of the best stretches in Amazon.

Things to do in Guyana

One of the things you will notice in Guyana is the tranquil vibe which perhaps can be explained by the lack of crowds, including both locals and outsiders. And this could only mean one thing: you’ll find yourself enjoying some of the most breathtaking natural splendor alone, or in the company of just a handful. It’s perfect for anyone looking to get in touch with their inner selves.

Here are some of the unmissable highlights in this undiscovered gem of South America:

Kaieteur Falls: Located on the Potaro River in the middle of vast wilderness, the Kaieteur Falls is the largest single drop waterfall in the world, dropping over 250m. 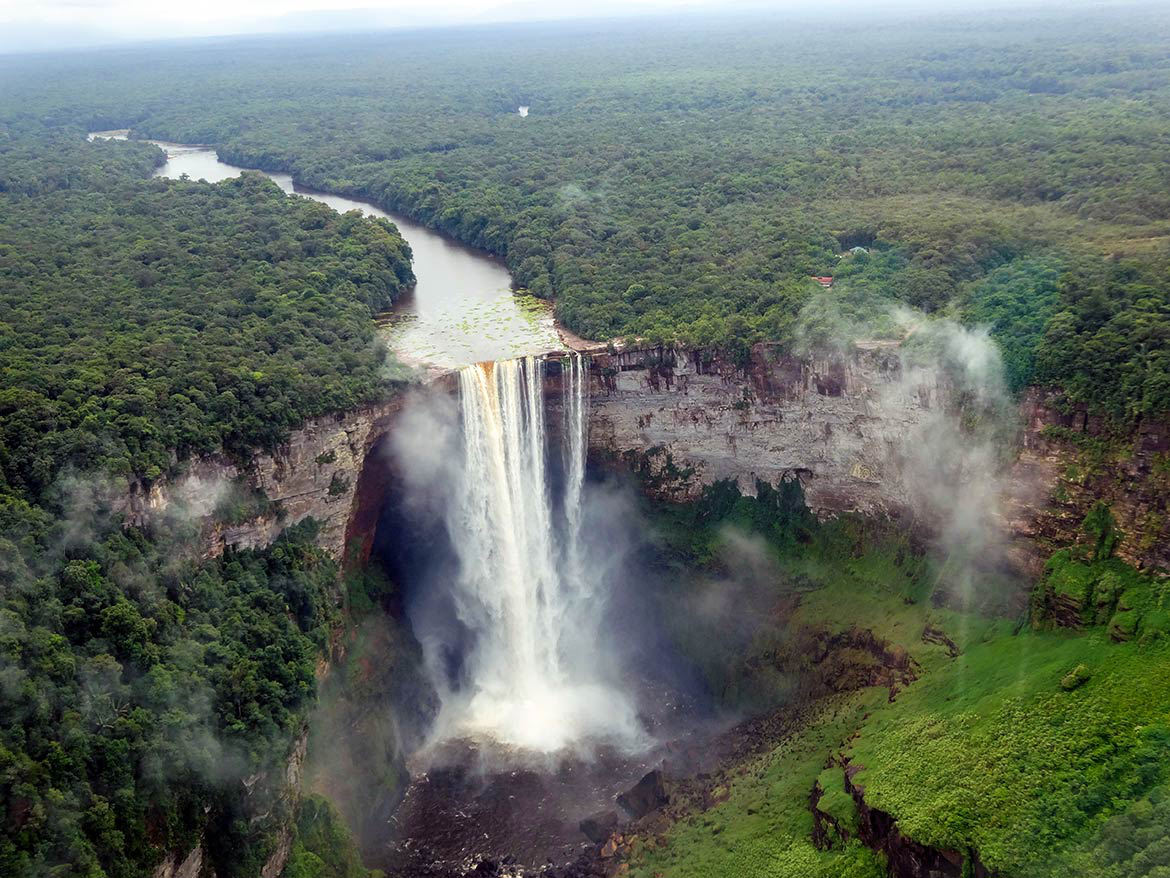 Rarest animals in South America: Guyana is home to some of the rarest animals on the continent, including tapirs, hoatzins, black caimans and giant anacondas. It’s also home to over 800 bird species (including the Harpy Eagle, one of the planet’s largest), giant river otters, eight monkey species, and the jaguar. If you’re lucky, you’ll witness the Guianan Cock-of-the-Rocks courting females with its colorful jig.

Shell beach: Offers the chance to get up and close with one of the planet’s largest reptiles, the leatherback turtle, which can weigh up to 800kg!

Georgetown: May be far from the most breathtaking city in the world, but the garden city has a charm of its own. Devoid of high-rises, the capital is mainly made up of wooden buildings and is a perfect marriage of South American and Caribbean influences. You’ll often come across horses pulling carts and hordes of parrots (including the ostentatious macaw) flying overhead. There is an abundance of small markets, cafes and restaurants to discover.

St George’s Cathedral: Standing 43.5 metres tall, the Anglican Cathedral is one of the tallest wooden structures in the world. The impressive and inspiring church gleams in stark white, and has an interesting history dating back to 1810. 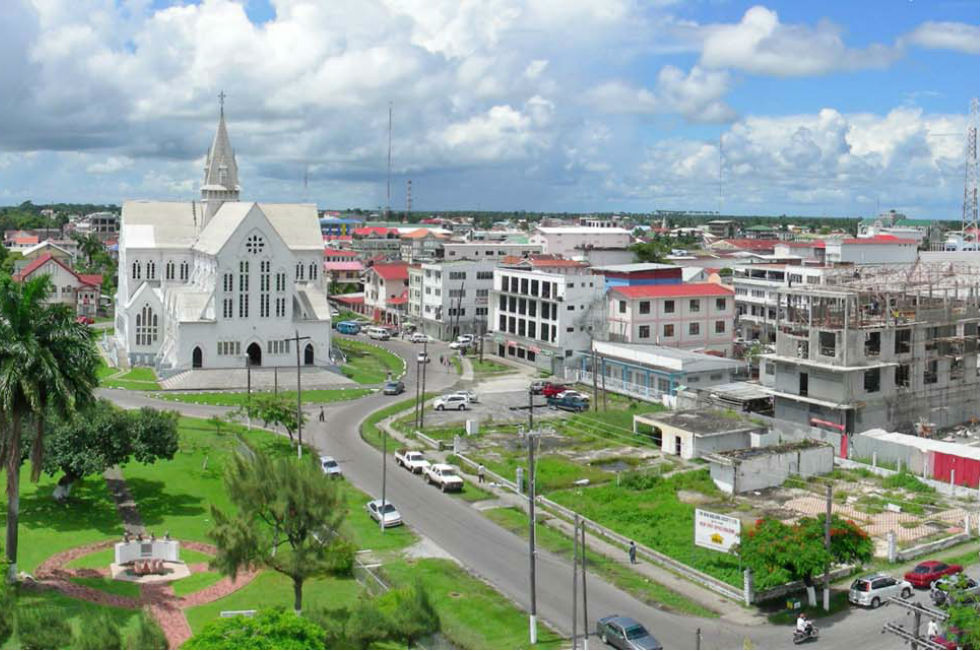