Where to stay in Mecca – A Guide to City’s Accommodations

Mecca is an important place for the followers of Islam. Roughly around a billion Muslims, wherever in the world they may be, turn towards the city and pray. Apart from being the Qibla, Mecca is also the birthplace of Holy Prophet (P.B.U.H) and the city where he spent a large part of his life, and therefore holds a very special place in every Muslim’s heart.

Mecca lies around 73 kilometers east of Jeddah. The city does not have an airport of its own but is officially served by King Abdul Aziz International Airport in Jeddah.

Muslims come to Mecca to perform pilgrimage (Hajj and Umrah). Since Hajj is specifically made in the Islamic month of Zul Hijjah, and is considered obligatory for Muslims who can afford, the city is severely crowded during that season.

If you plan to perform pilgrimage, you’ll have to make sure that you have an accommodation booked for your stay in the city. To help you make your decision we have made a list of hotels that you might want to stay in based on your preference.

Pilgrims have to perform several rituals throughout the day therefore it is always preferred to find an accommodation that is close to the Grand Mosque and offers the best services. To ease the process for Muslims several new hotels have been constructed that offer 5 star services that are comparable with the best in the world. 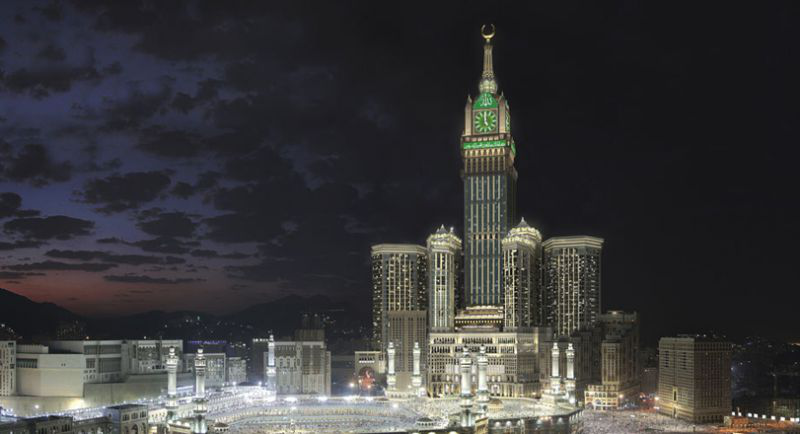 The Royal Clock Tower, or as it is officially called, Abraj Al Bait is a 76 storey high-rise structure in the city and has an iconic clock built into its top. It is also the 3rd largest building in the world. The Clock Tower offers five star luxury accommodations and is located at a distance of 2 minutes’ walk from Masjid Al Haram. It also offers a whole host of services such as a fitness centre, hot tub, sauna and a steam room.

Royal Tower is part of the King Abdul Aziz Endowment which has 4000 shops and stores, featuring a full range of international brands. Mecca Clock Tower Hotel is just 2 minutes’ walk from the Grand Mosque and 6 km from Hira Cave.

Guests can enjoy a secretarial service, meeting rooms with a pre-function area, and an extra spacious ballroom for meetings and events. A media room with live broadcast capabilities is also available.

Raffles Mecca Palace offers spacious one and two bedroom suites, with each of them having a panoramic view of the mosque. The hotel includes fully equipped business center, media room, health club, a library and several restaurants.

However, the services offered by Mecca Royal Tower Fairmont or Raffles Mecca Palace don’t come cheap, these two are the highest priced accommodations available in Mecca.

Hilton Suites is ideally situated in Ajyad; one of the city’s most popular locales. The hotel offers vast array of

There are also accommodation options that are more affordable and are specifically built for budget conscious pilgrims. 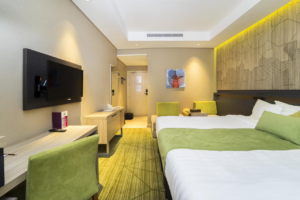 This is a new hotel that started its operations in June 2017 and is located approximately 2 km away from Masjid Haram or about 15minutes of walk. The hotel has clean and colorful rooms and it offers a free buss shuttle service to the Mosque.

Located near the Aisha Al Rajhi Mosque, Park Inn by Radisson is 11 km or 10 minutes’ drive from Masjid al-Haram. Its 459 rooms and suites offer convenient living with room and laundry services. It also features on-site parking and a separate gym for men and women.

Located in the Ajyad district in Al Masfalah, Al-Aseel Umm Al-Qura offers 2-star rooms with free WiFi. All rooms boast a kitchenette, a flat-screen TV with satellite channels, and a private bathroom. The property provides a 24-hour front desk. 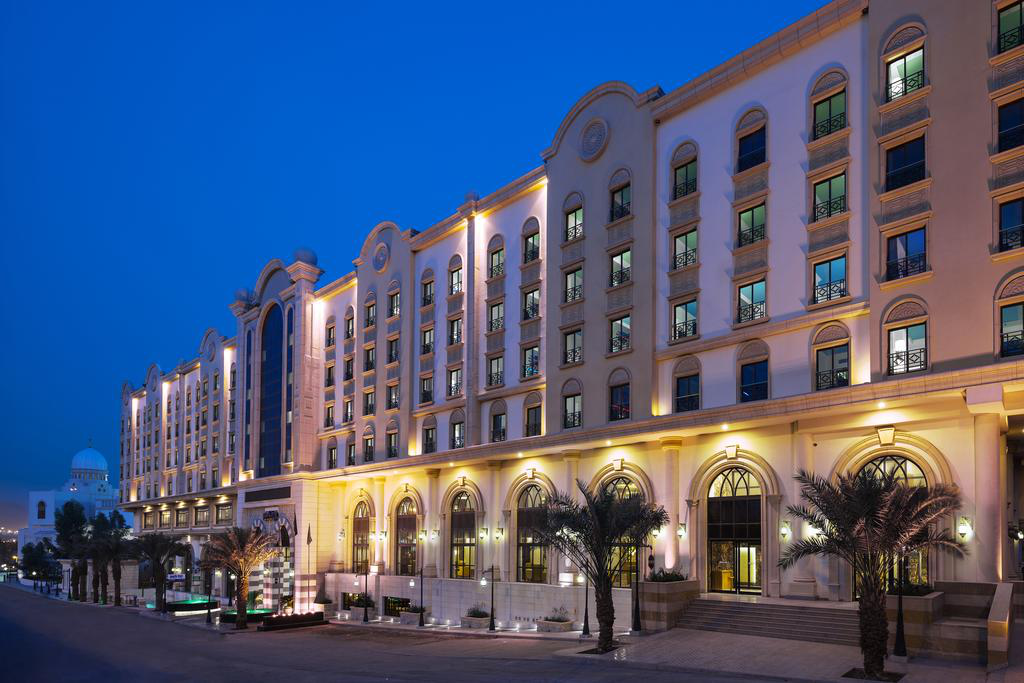